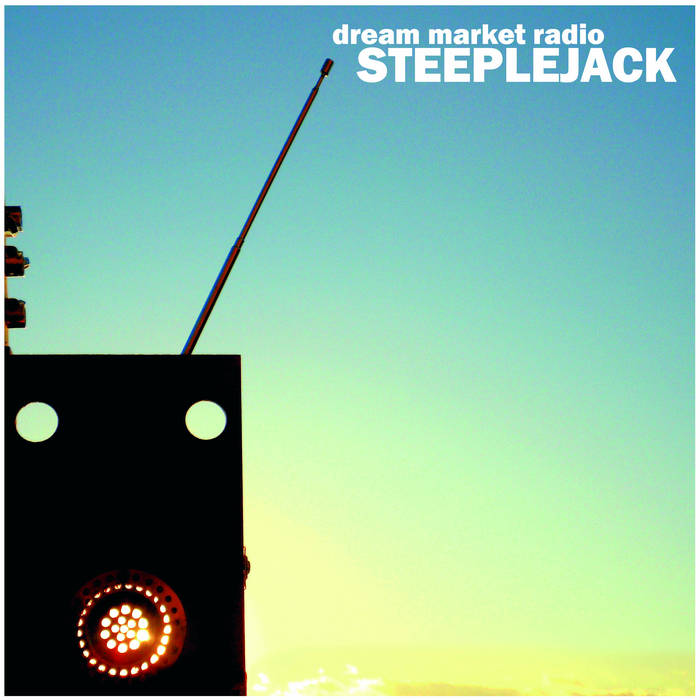 It was 1988 when Steeplejack, the visionary psychedelic sonic creature of Maurizio Curadi, released their last album, "Pow Wow". In a way, it was also their first given that the band's previous efforts were the wonderful mini-LP "Serena Maboose" (1987) and a finished master tape named "High High & Shakin' Trees" which was intended for print but remained unreleased until 2011 when it was included in the double-CD anthology "No-One's Land". Since then, apart from a track in the early 90s compilation "Apocalisse di Diamante" and a mini-CD in 2006 ("Six Fishes from Unknown Seas "), Steeplejack's discographic tracks were mysteriously lost and their activity went largely ignored by the specialist press.

Now Steeplejack are back with a new double album, a collaboration with some of the most active indie labels of the Italian underground scene: Area Pirata, Psych Out and Rock Bottom.

The overall theme of "Dream Market Radio" - as the title suggests - is about dreams and dreaming. The 15 compositions are divided into four "chapters" and are a journey into the inner universe of the group's deus ex machina Maurizio Curadi and his bandmates Alessandro Tellini and Elio Gavarini.

Often hanging in the balance between structure and abstraction, Curadi's music lends itself to group improvisation, creating a sort of "total psychedelia" where experimentation and tradition merge and become one.

"Dream Market Radio" is a wonderful psychedelic album where the adjective 'psychedelic' refers to an inner mental space where images and sensations freely flow. That's because between velvet smoothnesses and sharp edges, hypnotic patterns and wild rhythms, visions of meadows and sunsets and arcane mysterious figures take shape. You are swept away into the dreamy atmospheres of the music. It's a magic enchantment born from a "strange" combination of lysergic rock, primitive blues, acid folk and ethnic music, all distilled in 13 original tracks plus a transfigured cover of Captain Beefheart's "Kandy Korn" and a heavily revisited ancient traditional song ("Gallows Pole").

Follow Gil Scott-Heron's advice and find a place by yourself, turn off your mobile, play "Dream Market Radio" and immerse yourself in the magical world of Steeplejack.

All songs composed by Maurizio Curadi, © 2012

except:
“Gallows Pole” (traditional, arranged M.Curadi)
“Kandy Korn” (Don Van Vliet)
“Song For The Last Level Crossings” (words M.Curadi; music Curadi/Tellini)
Ale Tellini contributed to the composition of some instrumental sections of “Dam”. The coda of “A Story From The Wright bros.” is taken from an improvised collective jam session. The words of “Satisfied” come from a traditional Mississippi children folk song.