by The Piaggio Soul Combination and Lakeetra Knowles 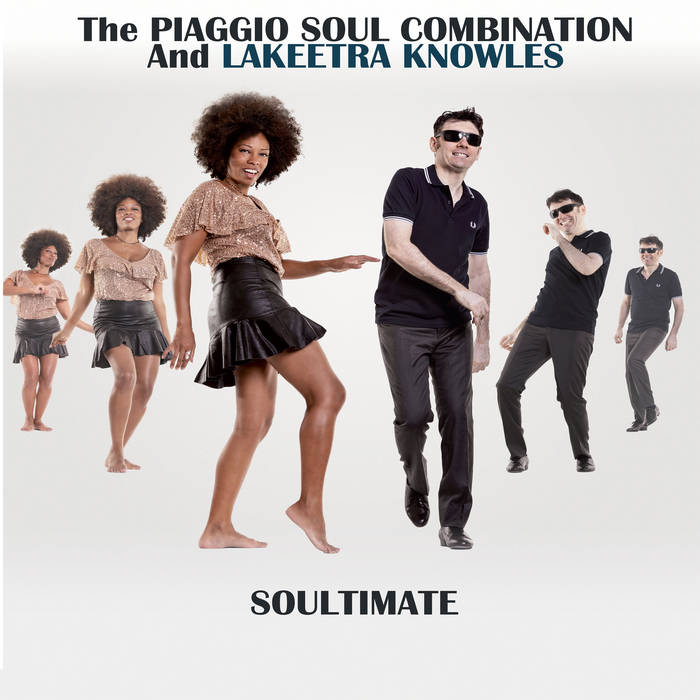 The Piaggio Soul Combination is a musical collective hailing from Pisa, Tuscany, where long-standing mod Marco ‘Piaggio’ Piaggesi combined the best singers and musicians of the local Latin-soul scene.

Mixing Italian, American and Caribbean musicians, the band builds solid polyrhythms, adding upon this foundation tasty basslines and groove-laden guitars. A tight-as-hell horn-section and a fat organ sound complete the picture, offering a boiling pot of soul grooves, up-tempos, latin-Jazz movers and what you could call Northern Soul.

Their first vinyl LP, Italian Boogaloo, released by SanAntonio42, came out in March 2017, and was well received by critics and audience. A second full-length, This Is The Piaggio Soul Combination, followed in January 2019 through IRMA records. This led them to appear on various national TV shows and to be selected for the Sanremo Rock Festival, held in Italy’s most important theatre, The Ariston. In 2020, they began their collaboration with Arkansas-bred Lakeetra Knowles, who slid gracefully into the lead vocal role.

The collective’s third opus, the straightforwardly titled Soultimate, their debut for Area Pirata, was produced by writer, musician and sometime Blow Up club DJ Andy Lewis (Paul Weller, Fay Hallam) with the dancefloor in mind. Presented as a gatefold double 12” 45rpm set, featuring four sides of all original stompers, Soultimate is custom-made for soul DJs and the allnighter scene around the world.