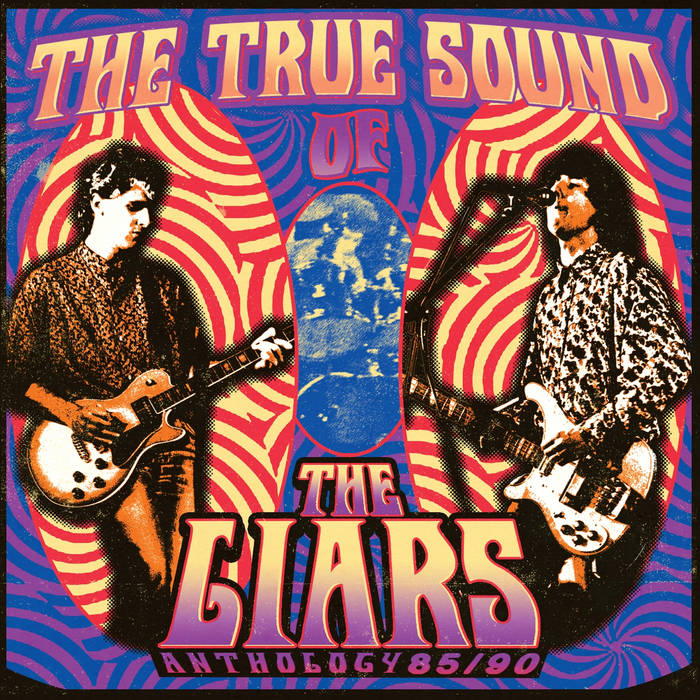 Pisa's Piazza dei Miracoli like Haight-Ashbury? The hyperbole is less risky than it seems. That's just because in the mid-Eighties Pisa was the epicenter of the neo-psychedelic earthquake that was shaking Italy from north to south.
It all started there with three exceptional groups - Birdmen of Alkatraz, Steeplejack and Liars - whose family tree leads back to a single name: Useless Boys.
A band that, for once, we can call "seminal with no exaggeration: not only for the shockwaves they sent through the Italian underground scene with their cult demo tape Dream's Dust Factory , but also because from the spores of that lysergic mushroom grew - almost by magic - three extraordinary bands. One of them was The Liars. From the ashes of the Useless Boys, bass player Alessandro Ansani called drummer Andrea Cecchi and guitarist Pierpaolo Morini who from then on became his inseparable "partner in crime".

Initially, at least, The Liars highlighted a soft psychedelia influenced by new wave, a style that was in vogue at the time. You can hear it on the band's first ever release: a demo tape called '86 Tears' - an obvious reference to the Question Mark & The Mysterians' classic - that was very much appreciated by fans of the Italian underground scene. It was a sort of album on cassette: at long last, after nearly 30 years, you can listen to it for the very first time on the double CD you're now holding.
It's one of the most enjoyable moments of this anthology: ten inspired and naïve songs in which you can hear the band's fledgling future sound.

Just one year later, in 1987, the trio released its debut record, a mini-LP titled "Optical Sound, on Supporti Fonografici, a small independent label from Milan .
The stylistic evolution of The Liars is pretty evident from the first grooves. The five tracks recorded on the white vinyl disc are a perfect balance between an aggressive rock'n'roll side (the first track She's Allright as well as a cover of Jackie Wilson's Squeeze Her Tease Her ) and a more acid side represented by songs like The Lady Knew and Changin' Faces .

It's just the appetizer for the masterpiece the band would release in 1988, with the addition of the new drummer and songwriter Daniele Caputo, former Useless Boys and leader of the lysergic Birdmen of Alkatraz: "Mindscrewer, one of the European neo-Sixties scene's finest moments.
Released by Tramite, a small indie-label from Brescia run by Jean Luc Stote and Guido Biagi, the album contains a handful of inspired and brilliant songs. It's a record of acid and visionary psychedelia, full of dreamy and sometimes dynamic sonic solutions with the three musicians taking turns at the microphone, thus enriching its musical spectrum.
The whole Sixties universe is explored in this incredible journey of a thousand colors: from the light and shade of Tulips Of Harlem to the imaginative energy that flows in She's Crumblin'Down; from the garage-psychedelic mixture of Dumb Generation to the rock'n'roll driving of You Shock My Heart through the kaleidoscope of lysergic numbers such as It Gets Wasted and Fire Illusion .
In between there are three great covers: Nazz's Wildwood Blooze, Kim Fowley's Bubblegum , and the Frantics' Her And Her Mountain . But that's not all.
In "The True Sound Of... we also find the effervescent Cold Girl , released as a single in 1990 by German label Unique, two live numbers, Satisfaction Guaranteed and Baby Please Don't Go, that appeared on the "Rockbeef compilation in 1988, and three songs - Julia Redhair, Lust For You and A New Start - taken from a demo recorded in 1989 and already oriented towards the hard-rock side that would characterize the sound of the extraordinaire Pisa's band in the following decade. But we are already in the Nineties and that's another story.